Last week, the King County Superior Court celebrated LatinX Heritage Month. Their inspiring program featured two students and keynote speaker Jeremy Taiwo who were recognized for embodying this year’s theme. The theme was Rising to the Challenge. It is important to acknowledge that youth can persevere in the face of struggle and challenges, and ultimately serve their communities in leadership roles.

Cielo Martinez (left) and Gonzalo Cruz (right) were recognized at the event for succeeding in spite of obstacles and struggles out of their control.

Cielo Martinez
Cielo serves on the Board of Directors at El Centro de la Raza as a student representative. Throughout her life, she has mastered the skill of adapting to her environment. Her love for continuous learning and passion for helping others make her a compassionate Latina. In the near future, she sees herself assisting recently arrived immigrants with assimilating in the States.

Gonzalo Cruz
Gonzalo was homeless while he was in high school. He turned his housing and familial situations around by making the most of his time protesting DACA and gun reform. In high school, he was captain of the wrestling team and qualified twice for State. He is the first in his family to pass sophomore year and will be attending college to study mechanical engineering.

Keynote speaker Jeremy Taiwo of Nigerian and Colombian descent also shared his story on his way to becoming an Olympic decathlete. Jeremy was offered a track scholarship at Stanford, where he tried out for the team. However, the Stanford track coach told Jeremy that he was worth only 25% of the scholarship offer. That was when Jeremy decided to attend the University of Washington. In 2016, Jeremy competed in the Olympics where he placed 11th in the Decathlon. At last week’s Latino Heritage Celebration event, Jeremy closed with this inspirational, “The only person that sets limits is yourself. Don’t let others dictate your limits.” 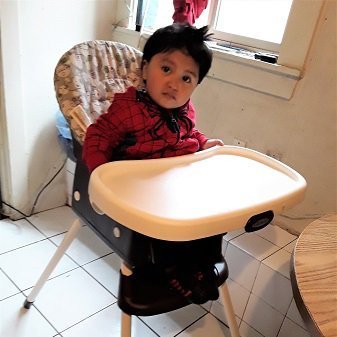 There is More Than What Meets the Eye